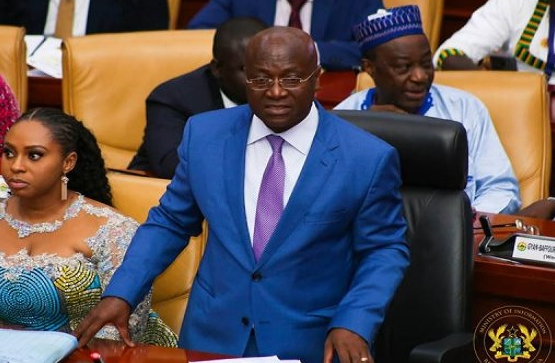 The Special Budget Committee of Parliament has called on the Ministry of Finance to immediately release an outstanding budgetary allocation of GH¢301 million to the Electoral Commission (EC) to enable the commission to acquire the necessary biometric verification equipment critical to the conduct of credible elections this year.

According to the Chairman of the committee, Mr Osei Kyei-Mensah-Bonsu, at the meeting between the EC and the Committee last Tuesday, it came out that even though on paper the Ministry of Finance had released GH¢701 million to the Commission this year, in reality, only GH¢400 million had been disbursed.

“As a committee, we undertook to pressurize the Finance Ministry to release immediately the remaining amount if we want the EC to commit and, indeed, be able to pursue the enterprise of having a very credible elections,” Mr Mensah-Bonsu, who is also the Majority Leader and Minister of Parliamentary Affairs, said at a news conference in Parliament yesterday.

The event was aimed at allowing the Majority to correct what it described as distorted facts and views by the Minority about what transpired in the meeting between the committee and the EC.

The Majority Leader stated that during the meeting with the EC, the Minority Leader, Mr Haruna Iddrisu, said an amount of GH¢329 million which ought to have been given to the EC by December, last year, was not released by the Finance Ministry.

“He [Minority Leader] had insisted that the GH¢329 million should have been given to the EC because in his opinion, and the committee agreed, the allocated amount would not suffice in the enterprise the EC is charged to do in 2020.

“So the position of the committee was that the Finance Ministry should release the GH¢329 million which had not been released for the procurement of equipment in 2019,” he stated.

Addressing some of the concerns expressed by the Minority, Mr Mensah-Bonsu said prior to the conduct of the 2016 general election, the then EC boss, Mrs Charlotte Osei, told Ghanaians that the commission’s system had been tainted as people were hacking the system which had no backup.

To address the challenge, he said the new leadership of the EC decided to construct a disaster recovery centre outside Accra at the cost of GH¢1.3 million, adding that “altogether, it is going to cost this country GH¢7.4 million.”

He said the immediate past EC leadership proposed that the commission’s system had to be overhauled through refurbishment at the cost of $15 million, in addition to an enhanced system to be constructed at the cost of $6.1 million plus a recovery centre at the cost $1.3 million, all totalling $7.4 million.

According to the Majority Leader, during last Tuesday’s meeting, the EC informed the committee that it was procuring registration devices at the cost of $3,423 per unit, as against the old equipment which was priced at $5,270 per unit.

“The price of refurbishing the broken-down old devices was costing the country $3,000 and the old biometric verification (BVR) devices which do not have the competence of these new ones was priced per unit at $917.

“The new one is going to cost us $336 per unit and that is tremendous savings the commission is making to this country and yet people are bastardising them that they do not know what they are about,” he said.

Mr Mensah-Bonsu stated that in a contract the former EC boss, Dr Kwadwo Afari-Gyan, signed with a software and hardware system installers, the commission was to expend $4 million every year on servicing those systems from 2012 to 2018, causing the EC to spend a total of $28 million for the seven-year period.

“As to whether we had value for money or not as a country, the commission could call for audit of such expenditure,” he said.

Cristiano Ronaldo trains with his son as he starts 14-day isolation...

Chinese city bans the eating of cats and dogs

Xhaka should be stripped of Arsenal captaincy immediately – Winterburn |...

Wrong use of alcohol in place of hand sanitizer could increase...