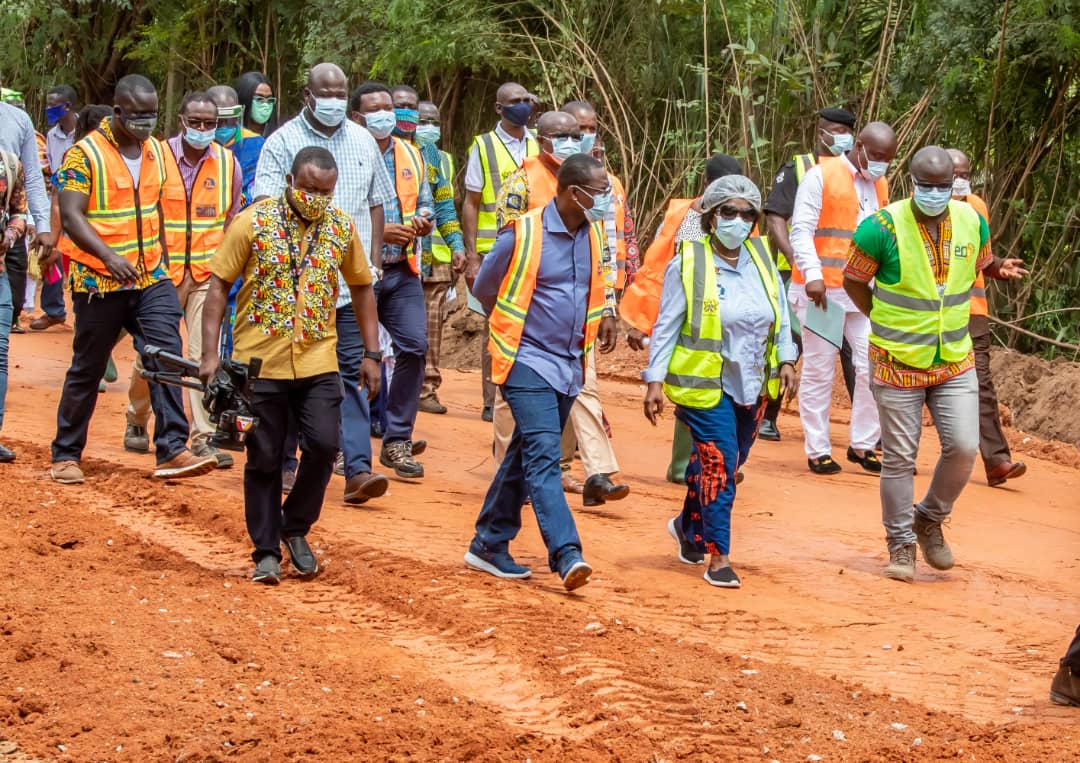 Plans are far-advanced by the central government to turn the Oti Landfill in Kumasi, Ashanti Region into a modern waste treatment facility.

In line with that, the Ministry of Sanitation and Water Resources (MSWR) has contracted leading waste management company, Zoomlion Ghana Limited, through EAP Consult, to execute the project.

This was made known by the Minister of Sanitation and Water Resources, Mrs Cecilia Abena Dapaah, when she embarked on an inspection tour of the landfill site in Kumasi, Ashanti Region.

During the tour, it was observed that work was progressing steadily, with the contractor working assiduously to meet schedule.

The contract, which spans over one year, involves upgrading of the Oti Landfill to meet engineering and environmental standards.

Zoomlion is also expected to decommission and re-engineer the landfill site.

Further, the project activities include installing a final capping system and grassing.

This will help close some of the waste cells that have reached their final height.

There will also be improvement of internal access roads and enhancement of traffic within the landfill for both trucks and motor tricycles.

Other works that would be carried out on the site were the rehabilitation of Weigh Bridge, re-fencing the whole site and installing a new liquid waste treatment system.

A gas collection and flaring system to reduce the odors.The purpose of all of the above is to extend the life of the landfill to be able to receive more waste on daily basis.

When completed, residents around the landfill area will be spared the foul and repugnant smell that characterizes landfill sites in the country.

It would be recalled that the MoSWR recently announced that the central government had awarded the Oti Landfill to Zoomlion for upgrading.

The Chief Director at the MoSWR, Mr Anthony Mensah, who made the announcement, indicated that the major works of the project would include reshaping of the slopes, improving all access roads together with the liquid waste treatment facilities at the site.

He went on to disclose that the project was being funded by the central government.

Contest 2020 Elections At Your Own Risk – Nduom Warned

Akufo-Addo has bastardized the image of the Ghana Police –...

Restaurant operators call for gov’t support to stay in business as...